Marie Roumain Fouché – was born in Port-au-Prince, Haiti. She emigrated permanently to the United States in 1968. Marie Fouché has been married since 1969 and has three children. She moved to Queens in 1972. Before becoming a NYC bilingual elementary school teacher, Marie Fouché worked in administration at European American Bank on Wall Street and at the National Pastoral Life Center of the Archdiocese of NY with Rev. Philip Murnion.
Marie obtained an Associate Degree in management at NYU, a bachelor’s degree in Education at Empire State College, a Master’s degree as a Reading Specialist at Queens College and a Master’s Creole bilingual extention at City College. She also pursued a Master’s degree in Theology at St. John’s University.
In her 20 years as an educator Marie Fouché worked at PS 34 for about 17 years as an early childhood teacher (grades 1 and 2) then was excessed to IS 192 to work with bilingual 6th graders then became a substitute for all grades and subjects. After her retirement, she worked at PS 135 on a part time basis as academic intervention teacher.
Marie Fouché has contributed to a few instructional manuals for the Bilingual Pupil Services (BPS) and New York City Department of Education (NYCDOE). She authored “My first Journey: A Haitian Immigration Story” based on a true story of a student. She typed and contributed to the teacher’s manual “Haitians: A People on the Move.” She translated an adapted several children’s books published through a special grant for the bilingual program at PS34 under the pen name Marika Roumain.
Marie Fouché is known for her accomplished organizational and administrative abilities, as well as her enthusiastic support of community activities. Marie started her volunteer work in Haiti where she taught in a special program for young domestics ‘restavèk’ at Saint Gerard Rallye. Since co-founding the Haitian Americans United for Progress, Inc. (HAUP) in 1975, Marie devoted a great deal of her free time to organizing and planning HAUP’s activities. She served as the organization’s executive secretary and chairperson. She also coordinated the fund raising and recruitment committee for 20 years and spearheaded the information center. She promoted Haitian culture enlisting several artists and cultural groups. To promote the Creole language, Marie published Jean Claude Martineau (Koralen)’s first book and record “Flè Dizè”. Marie also wrote plays which were performed as fund raisers for HAUP. For a few years, Marie Fouché co-hosted a radio show on women issues on Radio Tropical with Marie Therese Guilloteau entitled “Fanm Dayiti”.
Marie Fouché was an active member of the Sacred Heart Church of Cambria Heights for about twenty years. She served as Lector and Eucharistic Minister. She completed training as director of religious education in the Diocese of Brooklyn and Queens. She coordinated and conducted baptismal preparation and bible classes under the leadership of Monsignor Guy Sansaricq. Marie initiated and managed an outreach children and young adult Gospel choir at Incarnation Parish under the direction of Yolette Rousseau for more than ten years. She has been acting as an administrative volunteer for the National Haitian Apostolate Center and chaired an advisory committee for Bishop Guy. She published a baptismal booklet for the Apostolate as well as prepared and typed the ‘Kolèj Pastoral’ manual. Marie coordinated the effort for the translation of the ten week foundation for ministry program of the Pastoral Institute. She was also an instructor in the program. Marie participated in the Diocesan Pastoral Council then was a member of the Strategic Committee for diocesan task force for parish reorganization as well as the Pastoral Institute Council. She was a member of the school of Evangelization advisory committee. In January 2012, she became a member of the Ladies of Charity of St. John’s. She joined the Women’s Conference committee since its inception in 2013 until it was discontinued.
Marie has planned, organized, implemented and sponsored with CORA a community development project for the town of Anse-a-Veau which she managed during the summers of 2014 and 2015. She is organizing a summer camp for 50 disadvantaged children in the rural area of Brossard.
Through the years, Marie received many awards. On November 1, 2015 she received the Pro Ecclesia Pontifical Honors at St. Joseph’s Co-Cathedral of the Diocese of Brooklyn. The most recent is St. Elizabeth Ann Seton Medal  at the St. John’s University Convocation of September 22, 2016.
She is currently volunteering as DRE for Incarnation Parish in Queens Village, NY.
She was acknowledged as an engaged in community person living in Queens by the office of the Queens Borough President’s office. 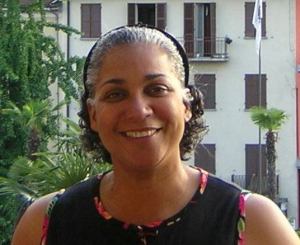 This is the diary of my travels to Haiti.
mcrfouche@gmail.com

My editor and daughter, NATALIE, has passed away on November 11, 2020.

For travels at other locations blog: https://gonetraveling15.wordpress.com/

The Mission to the Beloved – Fr. Louis

From Here to Haiti (FHH)  –   http://www.fromheretoHaiti.org